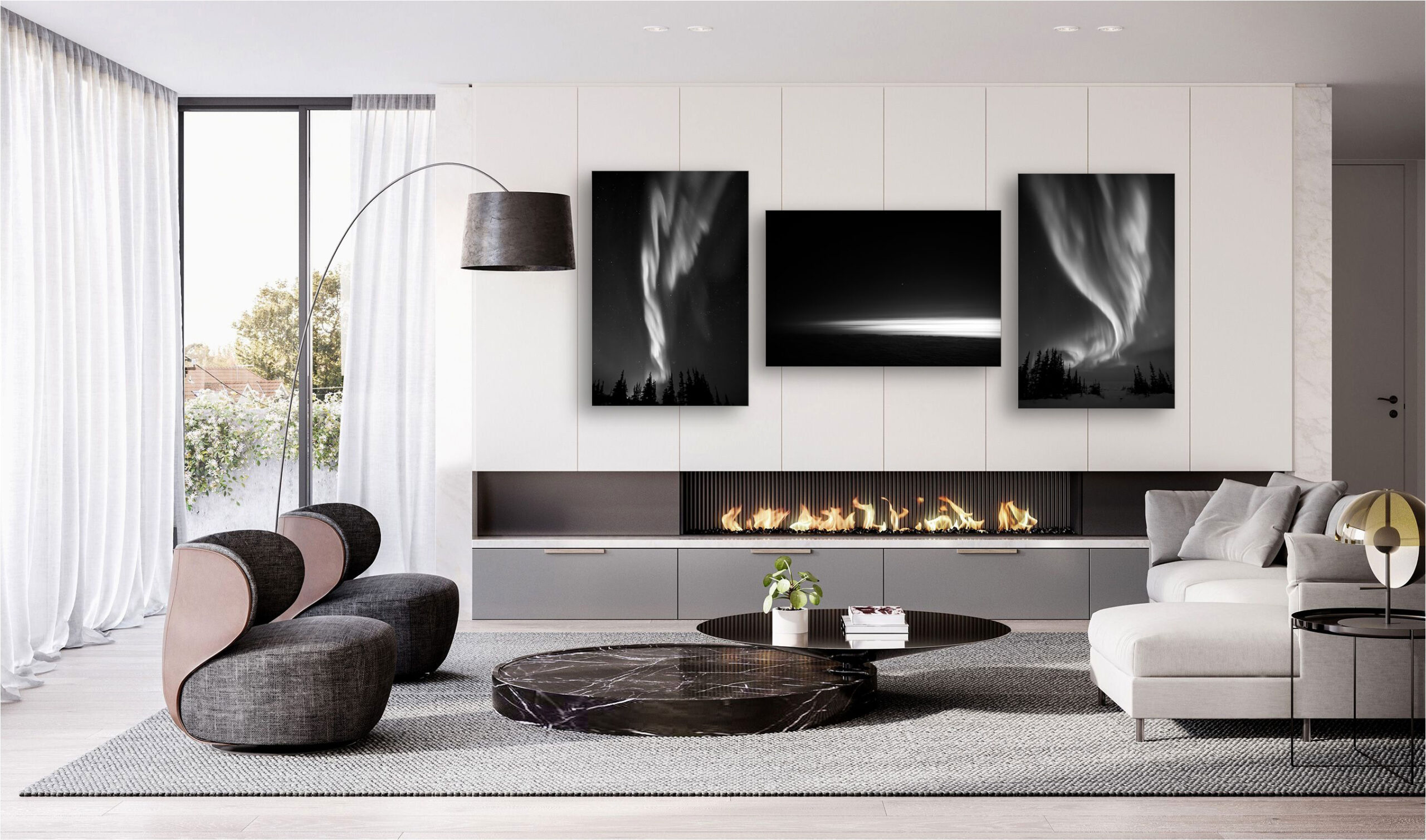 For me to find and see the magic light of the Aurora borealis was a lifetime dream. In the late 1980s, I traveled for the first time to Churchill/Manitoba in Canada. It was bitterly cold and I stood up to my hips in deep snowdrifts waiting all night for the lights to show up.

Most of the time, they appeared after midnight and I was frozen to the bones. Some nights in February, the temperature dropped down to -38 degrees C. But when the lights appeared silently in the sky, I was overwhelmed and all the hardship was forgotten. At that time I still photographed with film.

In March of 2016, I went again to my favorite spot on the shores of Hudson Bay. This time I wanted to photograph the amazing aurora with my new black and white camera, The Leica Monochrom. Normally it’s a shame to leave the out the colors that appear in the lights, but I wanted only grey tones.

I set up the camera with an 18mm lens and waited. Late at night, my moment came. I went into the vertical position to capture the entire light, which was growing from a little bright spot on the horizon into an almost arch. The stars glittered amazingly bright in the dark, almost-black night sky.

I took just two images before my batteries died. These are the ones and I was very happy.

A view from above. In January of 2016, I flew from Island to the US in a jet at 10,000 feet elevation. We took off into a never-ending sunset. In a cloud layer over East Greenland, I noticed still the red-orange-yellow stripe left over from the ending day; everything else was just night and black.

All of a sudden, I noticed the crescent moon in this amazing dark clear sky. I just had my black and white camera with me and took a few images with a 28mm lens. The result became one of my favorite night images.

Available as a triptych or sold individually.