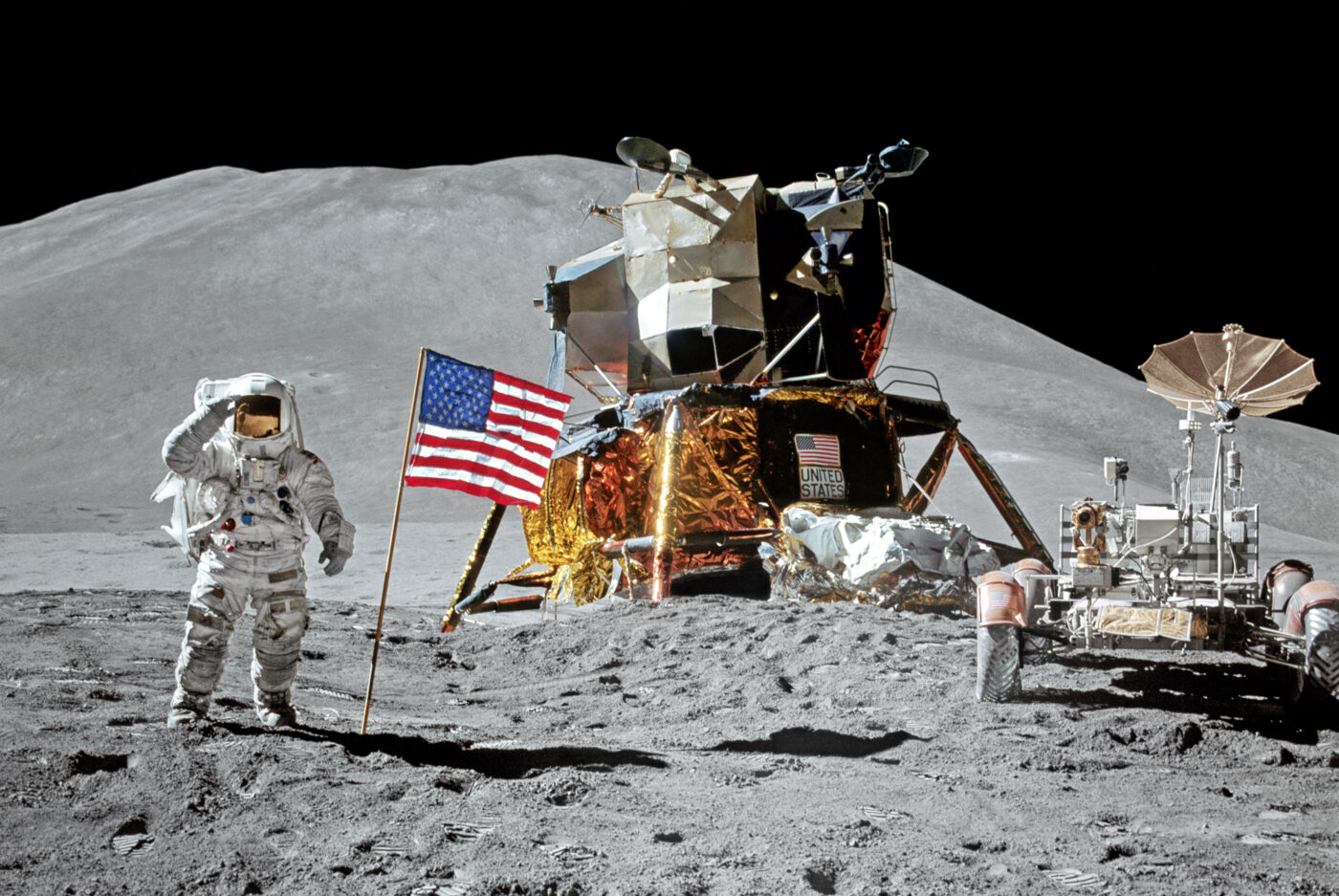 Between July 26 and August 7, 1971 – as the Apollo 15 Lunar Module Pilot (LMP) – James Irwin logged 295 hours and 11 minutes in space. His extravehicular activity (EVA) on the Moon's surface amounted to 18 hours and 35 minutes of the mission time

On August 1, 1971 Apollo 15 landed in the Moon's Hadley-Apennine region. As a “J-Mission,” they would spend more time on the moon than previous missions, to allow for three EVAs. Scott and Irwin's stay on the Moon was just under three days at 66 hours and 54 minutes.

Irwin and David Scott's mission was more science-based than previous missions, which meant that they received intensive geological training to meet the demanding nature of the J-Mission profile. This extra training is credited with allowing them to make one of the most important discoveries of the Apollo era, the Genesis Rock.