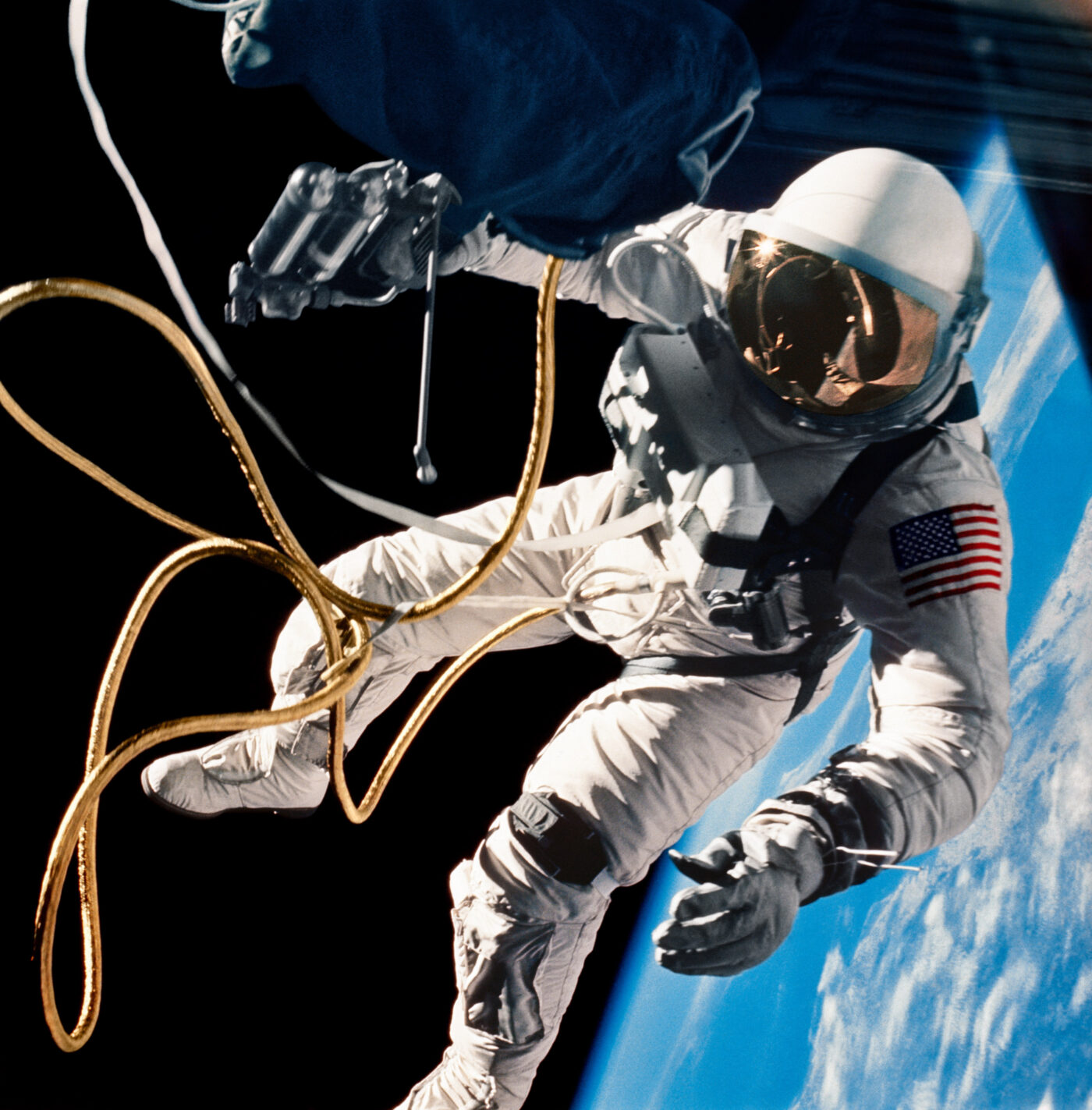 During the Gemini 4 mission on June 3, 1965, Ed White became the first American to conduct a spacewalk. The spacewalk started at 3:45 p.m. EDT on the third orbit when White opened the hatch and used the hand-held maneuvering oxygen-jet gun to push himself out of the capsule.

The EVA started over the Pacific Ocean near Hawaii and lasted 23 minutes, ending over the Gulf of Mexico. Initially, White propelled himself to the end of the 8-meter tether and back to the spacecraft three times using the hand-held gun. After the first three minutes the fuel ran out and White maneuvered by twisting his body and pulling on the tether.

In a photograph taken by Commander James McDivitt taken early in the EVA over a cloud-covered Pacific Ocean, the maneuvering gun is visible in White's right hand. The visor of his helmet is gold-plated to protect him from the unfiltered rays of the sun.