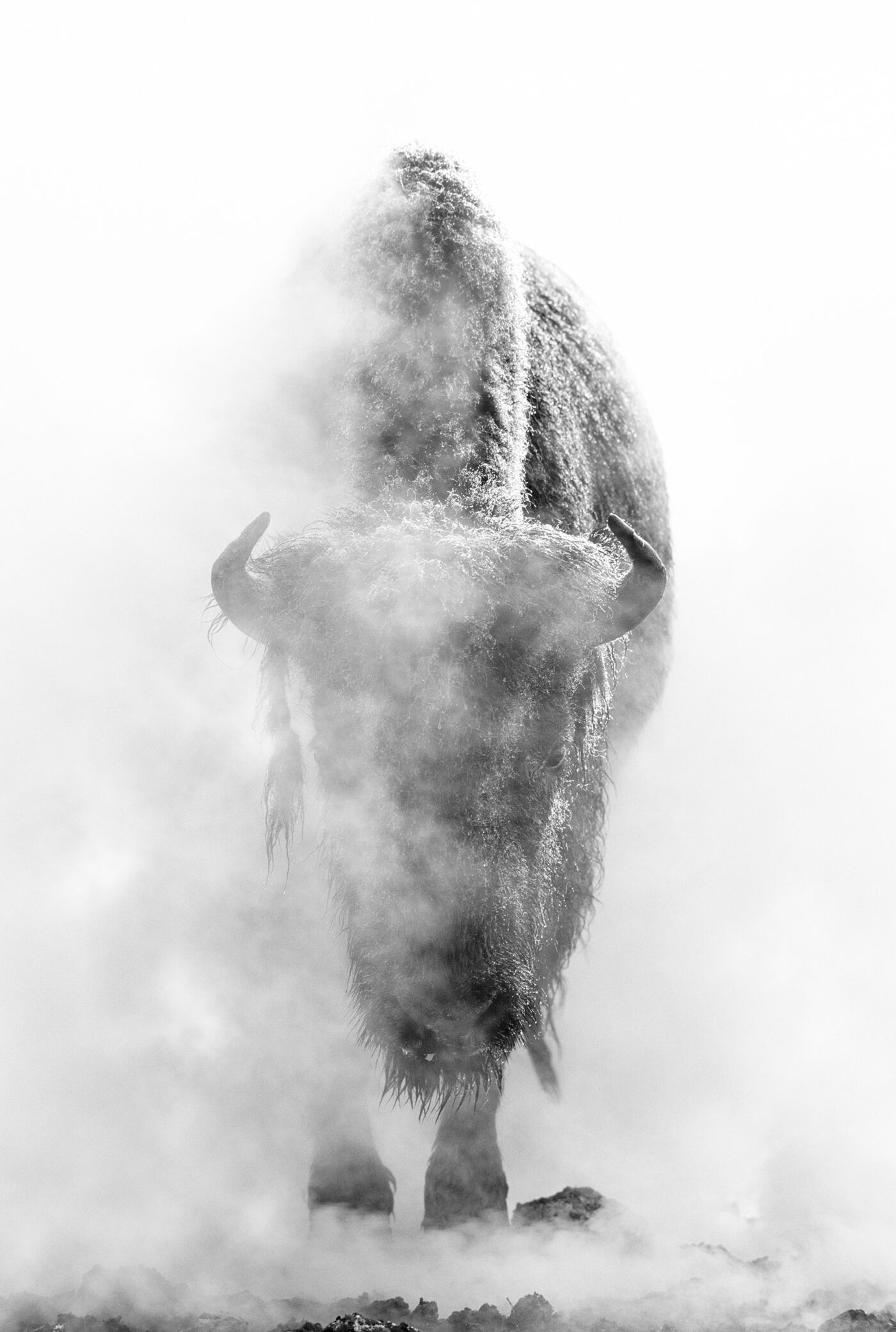 The winter of 1997 was a bitter, snowy one in Yellowstone National Park, and much of the resident wildlife suffered from the cold and lack of vegetation. Many bison starved inside the park, or wandered outside its protective borders. I spent three weeks following these horned giants, observing, and commiserating with their struggle against the elements.

One frigid morning, I discovered four bison standing around the fumaroles (vents of hot steam from underground). They stood with their heads down, warming themselves in the gusts of heat. As they huddled in the gathering mist, a layer of blue-white ice built up on their thick coats. I watched the animals vanish into the thick, swirling vapors. Then a tiny breeze parted the curtain of steam and one lone bison appeared as though from a different world.